This year my chosen word is "Focus" and so I am going to use that as my reason for being so quiet this first quarter...lol...  yeah that is my story and I am sticking to it... :-)

No seriously, I have been very focused the first 3 months of the year creating art.  My first series for the year is called "Dream Big".  It was inspired by the anniversary of man's first walk on the moon and Misty Copeland being named the first female African American Principal Ballerina for the American Ballet Theatre.  The main feature of the series, you have already seen the beginnings of and it still needs it's final touches, so I won't include it here.

Instead I want to share the supporting cast.  6, small, 19" squares....  I made all the tops first, because I wanted the energy, the emotion to flow from one piece to another.  Then I quilted them all and then of course I embellished them.  My husband thought it was an assembly line..  but for me it felt like I was in a zone..  as if they were all one piece...  connected in some way.  and I don't think I could be happier.  It is the first time I have worked like this.  Not my first series, but the first time I moved freely from one to another as I created them.  I would get so far on one and stop...  couldn't figure out the angle of the dancer or the color or type of clothing, so I would pick up one of the others, until bam, I knew what the other piece needed.  The same went for the quilting and which motif I would use where.

So without further adue...  here they are.  Only the first 2 have names that I am happy with at the moment, but that is ok..  it is part of the process....

Reach for the Moon 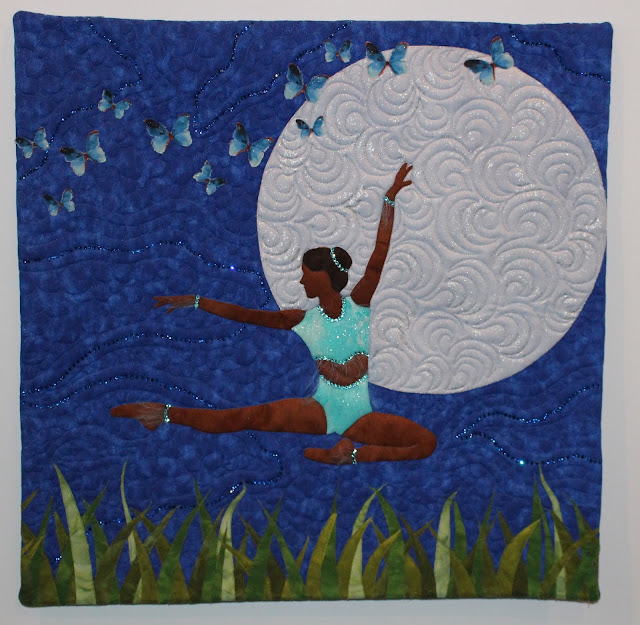 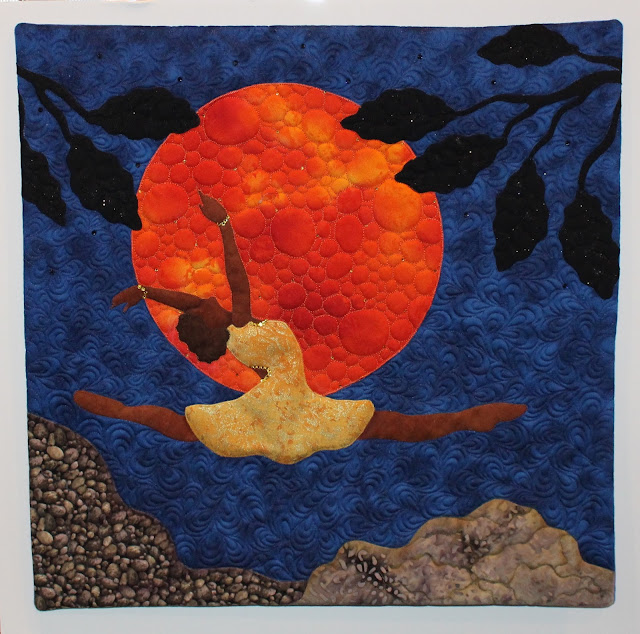 On Top of MY Game 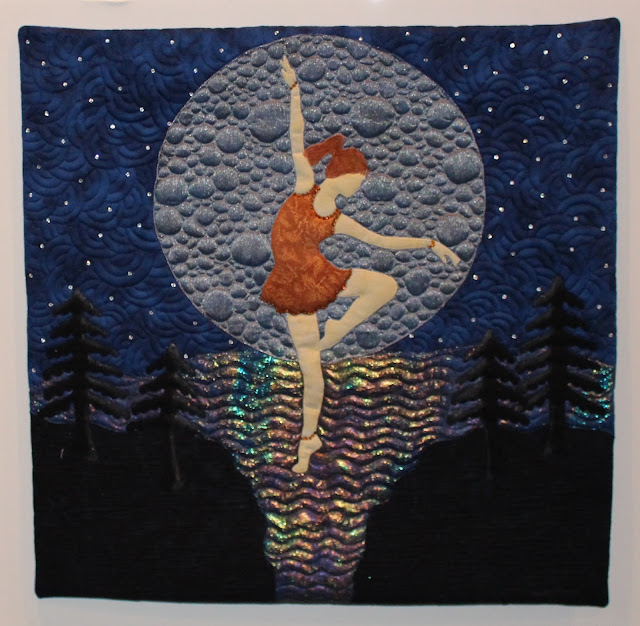 Giving It All I Have 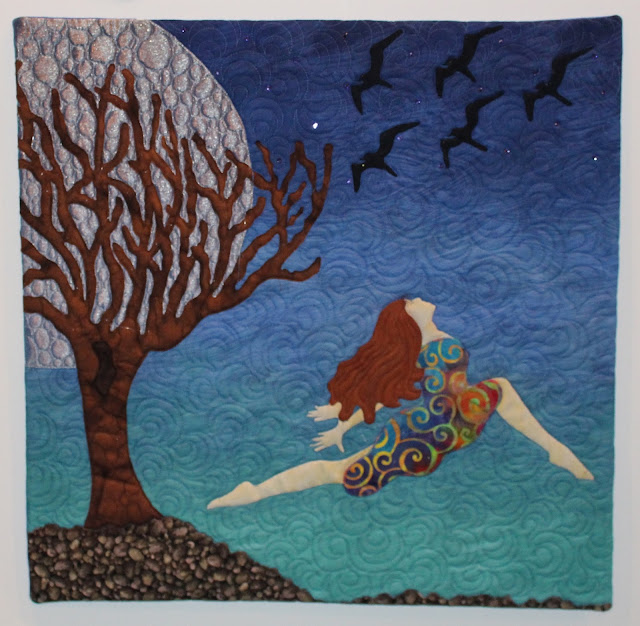 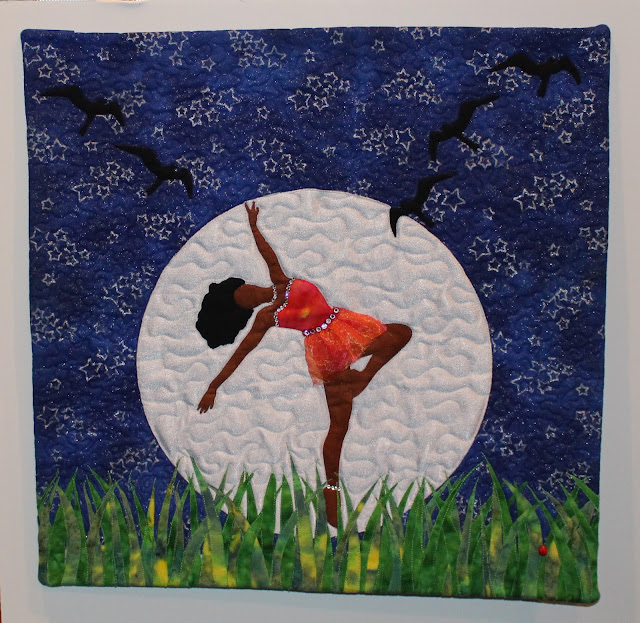 I am still playing with ribbon color and ribbon length, so you can still see the pins in this pick... 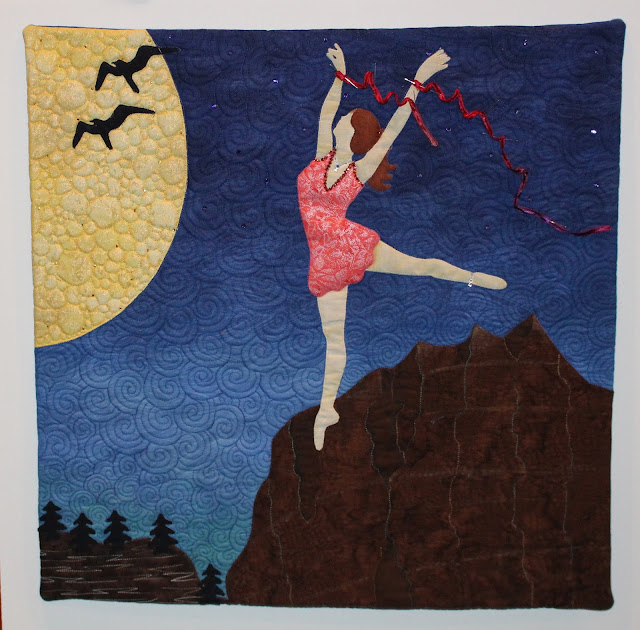 I hope you have enjoyed a peak into my last 3 months...  I so enjoyed working on these...  It was actually a creative high....  This week I posted the first 2 in a couple of quilting groups on Facebook and the response was overwhelming.  It was really humbling.  Actually had a few people reach out to inquire about buying a piece.  Yes, it felt good....  I love it when others love my work as much as I do.

In addition to these pieces...  while I waited to decide how to embellish them,  I started on my next series...  the focal piece is almost done.  All quilted in fact...  and I have sketches for the 6 smaller pieces done as well.  Not sure I will go underground again as I create..  I never plan, I just do as I feel...  which is why it is important to me that the viewer feels as well. :-)