I almost forgot to share the quilt we made for the 20th Anniversary of Storytellers in Cloth.  As I mentioned in my last post, this group of women have been getting together once a year to quilt and enjoy one another's company for the last 20 years.  I was invited to join just in time for their 15th anniversary celebration, 5 years ago.

In prep for the 20th Anniversary, they asked all of the 50+ women to make a block that would go into a quilt to commemorate the occasion.  Most were asked to make 6 1/2" blocks, 5 (including myself) were asked to make 18 1/2" blocks to serve as medallion blocks.  We were all given one fat quarter of either blue or yellow fabric and we were allowed to add other blue or yellow fabrics, but nothing else.  The blocks could be embellished, but the embellishment could not protrude more than 1/2".

Well, here was my contribution....  I used my Silhouette Cameo cutter to cut the letters, so much easier.  I love my Cameo... 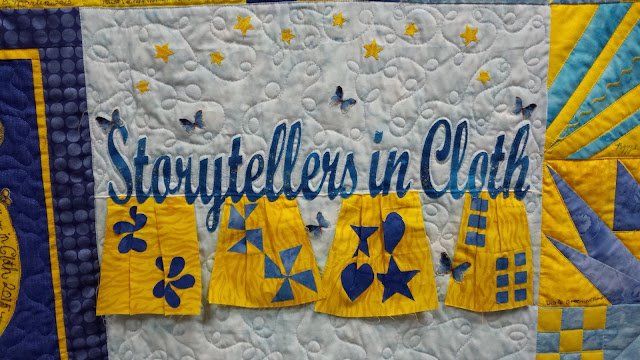 And here is the entire quilt...  51 - 6 1/2" blocks were submitted, by 46 quilters, plus the 5 medallion blocks.  It is amazing how the piece just shines, considering we all took the design to a different level.. 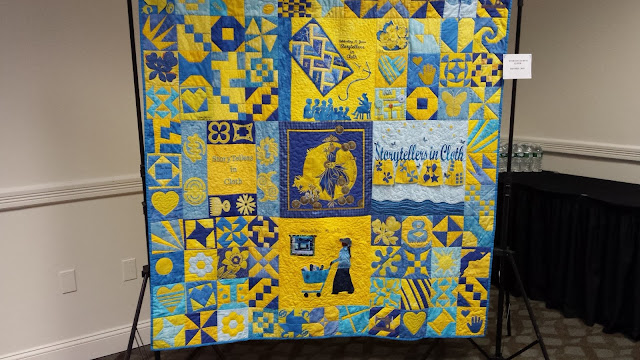